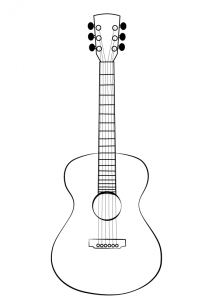 THE PROGRAMME HAS TO BE PERFORMED BY HEART

A competitor may change one of the announced compositions if the change is reported before the start of the competition in the category in which the competitor is performing and if the members of the jury agree with the change.

5.       The jury of the competition is determined by the Organizer, and it consists of the president of the jury, the secretary and two members of the jury.

JURY FOR THE 2022 COMPETITION.

President of the jury:

evaluation rules and is not obliged to intervene in case of deviations and irregularities.

won prize and place, which he confirms with his signature.

-Proposes Laureate competitions for each category.

– returns incomplete and incorrectly filled in applications for correction or amendment;

– attends the sessions of the jury during the entire competition;

– on the basis of score lists, calculates the average, final grade for the competitor.

– in agreement with the president of the jury, supervises and manages the performances of the

-collects completed points lists from the members of the jury, after the end of the whole

-if he informs the president of the jury about the organizing committee before the irregularities.

-After the end of the competition category, he submits to the Organizing Committee all the minutes,

individual and summary points lists signed by all members of the jury.

-evaluate participants and ensembles from 0-100

-react in case of irregularities

The results will be published at the end of each category.

The number of prizes is not limited.

The jury can award the LAUREAT for each category to the most successful.

Jury members are awarded a letter of thanks for participating in the work of the jury and contributing to the Pancevo International Guitar Competition.

Send the application electronically to e-mail: jbandur.takmicenje@gmail.com with a subject – for the Pancevo International Guitar Competition

If the competitors decide to cancel their application the fee will not be refunded.

Competitors from abroad have the option of paying their donation fee after arrival to Pančevo.